The National Hunt season takes a while to get going with decent races at Chepstow, Wetherby, Huntingdon, Cheltenham and then, all of a sudden, it’s a feast of racing with lots of clues for championship races and tomorrow is that day with excellent cards at Ascot and Haydock. The dynamic has changed with the introduction of the Betfair Chase (formerly the Lancashire Chase) which now has much more significance with the excellent prize money on offer. Many people knock Betfair in terms of their investment in racing but this feature race is one of many examples of their support for this most wonderful sport.

Just decisions tonight because there will be little time available to cogitate between the races. I’ve missed out the races about which I don’t have a strong view.

Ascot
12.25 Confident selection is Mush Mir, ahead of Daeireadh De (will be better later) and Bowntobebad, a chaser in the making.

2.10 Master Minded will probably win this if over his modest return at Aintree. Should be much better than the rest. The only challenge is from Medermit and if Master Minded is on form he’s in a different league.

2.45 Oscar Whisky is a confident choice and good value, even if Overturn turns in his best. Although the form is inconclusive I have in my mind that Overturn is a spring horse.

3.20 I like Takeroc, particularly with Harry Derham taking off 7lbs.

12.15 Grandouet is a confident selection to return to winning ways. First Fandango is interesting at a good price.

12.50 Wyse Hill Teabags is a tentative selection in this one.

1.20 Strange to see a bumper at this point in the card (presumably because of TV and early dusk). Anyway, Balinroab is the selection for no other reasons than the connections, breeding and prior P2P form.

2.30 This is a properly challenging handicap hurdle so it’s time for a reverse exacta! Robinson Collonges and Sa Suffit in either order. If that works I’ll have had a good day!

3.05 Race of the day and therefore deserving of a little more analysis. My followers know that I’m not a fan of Diamond Harry and Time for Rupert so we’ll get them out of the way to start off with. That takes it down to Kauto Star, Long Run and Weird Al. No-one can seriously go with Kauto Star after a fading last season and substandard Gold Cup and Long Run is generally not good on his first outing. Weird Al is the form horse but I attach a lot of importance to the change of yard for Long Run. I think that he will go through the season unbeaten and I’ll be having a win bet plus an exacta with him and Weird Al.

3.40 Back to regular racing and I’ve been a follower and supporter of Cappa Bleu. However, this is a long break and another with almost as long a break, Tamarinbleu makes more appeal. Can’t ignore Chief Dan George but he had his moment and best days are behind.

12.05 Can’t necessarily explain why but I can’t ignore Louxor de Mottes in an easy race. I suppose it’s because he’s the type of horse I’d have liked to have an interest in!

12.40 I’m not normally one for laying but I can’t have Kauto the Roc. Just to confirm, that’s not one to go with.

12.35 There’s no reason why Scotsirish shouldn’t win this but, for goodness sake, don’t go shorter than evens and be guided by the market at this time of the season.

1.05 I can’t be done for favouring WP Mullins (which I normally do) in this one because I prefer his chasing debutant Skorcher (a chasing type) over Raptor, even though the stable jockey favours the latter.

2.05 I like the highly regarded (before his break) Aranleigh (A Mullins / JP / D Casey) to make a winning return after nearly two years but I’ll be hoping for some paddock views from ATR in the midst of all else that is going on.

So there we have it. An excellent day of racing which, win or lose, I’m going to thoroughly enjoy. 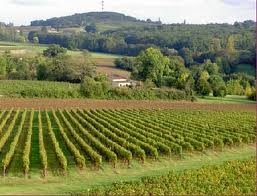 I’m enjoying this excellent local (to our French house) white Bergerac this evening.

Here’s some more information about it from www.exelwines.co.uk:

DUBARD Château Laulerie Sauvignon France South West France white 2010 75cl. At their arrival in the cellar, the grapes are de-stemmed and introduced to stainless tanks, to undergo a 12-hour cold maceration for skin contact. Varietal aromas are mostly extracted at this stage. The grapes are then gently pressed, and the juice settles for two days before being racked. The juice is cooly and slowly fermented for about 3 weeks, using yeasts which complement and enhance the fruit characters. After maturation, the wine was lightly fined and several tanks were blended. On the nose, this white wine combines gooseberry, exotic fruit and peach. The palate is rich and generous, with a fresh, tasty finish and a fruity after-taste. Food Matching: Château Laulerie, clean and fruity, can be enjoyed on its own, or will form an ideal accompaniment to seafood dishes, summer salads, Appetizers and buffet meals.

Semillon and Sauvignon Blanc from the source in the Bergerac region near the city of Bordeaux. Semillon adds a silky, rich quality to Sauvignon Blanc’s bright citrusy character in delicious harmony with its fresh, clean aromatics of lemon and mineral. This is the white wine to start your gathering with, even before guests arrive!

I had the pleasure of meeting Serge Dubard in early September this year. The weather was awful and, as he showed me round, he explained that he’d given the staff the day off. There was a long table in the midst of the large vats and they were in the middle of the harvest. He was a delightful host and if you happen to be in the vicinity of St Meard de Gurson I highly recommend a visit.

This is an excellent wine and very good value. I bought 30 bottles direct from the vineyard this summer and I’ve just ordered three cases to see me through Christmas. Can’t recommend it highly enough. The UK price is £7 98 per bottle (it’s €4.90 per bottle at source). It’s available to buy from the exelwines link above.