Regrettably I suspect that that the BHA’s denial will prove to be incorrect. The bottom line here is that news reports over the last few years suggest that trainers do break the rules so that more testing is likely to bring to light more wrongdoing. I don’t know what to make of Gerard Butler’s “confession” today. It’s not acceptable that because the BHA didn’t notice that’s OK. If anything, it makes it worse.

The international angle is problematic and distracting but there’s no doubt that, in the UK, anabolic steroids are clearly banned. If you don’t know what you are administering to your horse then you shouldn’t be training – it’s as simple as that. 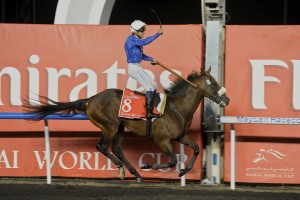 It’s really important for the sport that people should know that the “conviction” of Mahmood Al Zarooni for using anabolic steroids to “improve” horses is untypical – or should we?. The main story should be that the BHA was able to tackle perhaps the most important worldwide horse racing operation, notwithstanding the potential consequences. I tweeted a few months ago that I was very disappointed that the Breeders’ Cup organisers had decided to resile from their decision to ban doping of horses (albeit by “less harmful” drugs), save for 2-y-os, at the behest of US trainers for whom this is standard behaviour. Incidentally UK expat Graham Motion, a US based staunch opponent of drugs who has achieved fantastic results in the US, brings his drug free Animal Kingdom to Royal Ascot as the highlight horse of the meeting and 100% credit to him for that.

The Darley (for which read Godolphin) representative resigned in protest from the Breeders’ Cup committee and we’ve known for some time that their races are, by definition of the qualifying rules, unequal and will now remain so. Some European trainers have taken the Lasix (an anti bleeding drug only prevented from being administered on race day) option in the last few years. Others have taken the view that their horses could not compete fairly because of the drug advantage. Some horses have won notwithstanding the absence of Lasix and deserve all the more credit for that.

Zarooni is reported as having said that he didn’t know that administering steroids to horses in training (as opposed to when running) was banned. On that ground alone (if true) he should not have been a trainer in the UK. Further, it’s hardly likely that he happened to have some handy steroids in his pocket so the suggestion that it was all down to him is nonsense. The systematic drugging of 15 horses requires at least the active participation of a vet.

And that brings us on to Mr Nicky Henderson. With far less media coverage (today’s events were the lead story on Radio 5 as I was listening this evening and were all over the media – including the BBC Ten O’Clock News a few days ago) he was banned for three months and fined £40,000 for using tranexamic acid, a drug which encourages clotting and minimises bleeding (not unlike Lasix) and this weekend he’s about to be confirmed as champion National Hunt trainer for 2012-2013. Blogger Daniel Kelly was bravely given national media recognition by Guardian racing journalist Greg Wood whose coverage of this (he tweeted that he hadn’t seen a horse in Ireland while over there for Punchestown because of this) has been impeccable.

HH Sheikh Mohammed is ruler of Dubai, vice president of UAE, owner of Godophin and a close friend of the Queen (he recently made a gift to her of Carlton House – a live Derby contender). He’s also someone who was caught for doping an endurance horse (a popular sport in the Middle East). It was particularly embarrassing for his (junior) wife, Princess Haya (one of an estimated six wives and reportedly 23 children). She was elected to the Fédération Equestre Internationale in 2006 on a ticket which promoted a clean sport and they recruited Lord Stephens, former Metropolitan Commissioner, to beef up security.

There is another problem. The general view from many of my Twitter followers that anabolic steroids are not banned, out of training, in Australia. Godolphin/Darley has a similarly dominant operation but there the use of steroids is no big deal. So what’s the point of a worldwide ban when, according to Australian rules, he’s done nothing wrong?

I urge you to read Daniel Kelly’s blog (linked above) and then make your own mind up. Are you going to bet on horses after this?

Richard is a top man. Don’t expect him to remember but I had a superb evening with him chewing the fat at John Mc’s about a year ago.

I’m surprised that the going at Ayr is heavy. I’ve always seen it as a fast drying course but I can’t have Auroras Encore if that is the genuine ground.

A slightly better day helped by the none too original forecast of Sprinter Sacre to beat Cue Card and At Fishers Cross but winners are winners!

Now on to Saturday and, as with yesterday, I’ll just post the selections.

1.45 I’m going to give Dodging Bullets another go but I respect Up And Go.

2.15 I think that Overturn will be better suited by this course than Cheltenham with Baily Green the main danger.

2.50 The main players from the World Hurdle renew rivalry and I’m satisfied that Solwhit ( a previous winner here) is back to his best.

3.25 Cantlow is on an upward curve and can take this.

4.15 Three selections for me in the big one: Cappa Bleu, Imperial Commander and Balthazar King. Can’t choose between them (yet!).

5.10 I like Shotavodka but I’ll wait for market movers before making a final decision.

5.45 Notwithstanding the 400 days’ absence I’m going with Tistory to finish an excellent week for Nicky Henderson.

Well, I was close yesterday with the reverse exacta for Thousand Stars and Zarkandar but sadly a complete blank for the day.

However, today brings a second chance and so, very briefly, here are my selections:

2.00 – My Tent Or Yours is head and shoulders above the opposition but far too short to provide any betting value.

2.30 – Rocky Creek has been saved for this and I take him to beat Vino Griego and Dynaste (in that order).

3.40 – There is a big overnight plunge on Gullible Gordon but my idea of the winner is Last Time d’Albain and I’ll also be looking out for Hector’s Choice.

4.15 – At Fishers Cross has had a long season and may be inconvenienced with the ground but I still think that he can beat this lot.

4.50 – J P McManus was at the table next to us yesterday evening and I understand that he told one of our guests that he thinks that Get Me Out Of Here has too much weight. Salubrious looks ideal for this and he’s my selection to follow up on Cheltenham success.

5.15 – Molly’s A Diva has won all three starts and should provide Kim Bailey with an Aintree winner. 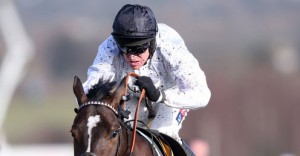 There’s no doubt that Rolling Star*** was a disappointing beaten favourite (6th) in the Triumph Hurdle but I’m not about to desert him on the back of one below-par run. He holds a Cheltenham win over Irish Saint and although Vasco de Ronceray was one place ahead of him in the Triumph I believe that he will readily reverse that form.

A fairly confident selection of the favourite at a current 2/1. 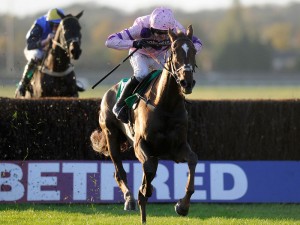 I’ve backed Silviniaco Conti**** all season and I’m not about to change horses now. By common consent he was a serious contender when falling at the third last in the Gold Cup and would surely have played a part in the finish. Based on Haydock and Newbury and, of course, his course and distance win on good ground in last year’s Mildmay Novices’ Chase he appears to hold all the right cards. Others to watch are Cape Tribulation, Quito de la Roque and First Lieutenant, although none of them are up to his standard and it’s a long time since the latter won a race.

Another favourite but very likely winner and still value at evens. 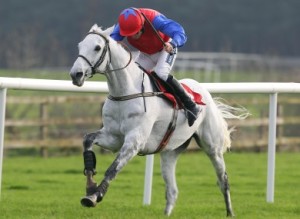 The new highlight of the opening day (moved from Saturday), this race is all about the distance (half way between the championship 2m, and the stayers’ 3m). Some will benefit from the in between distance while others will be stretched too far or not enough. For example I can’t have Grandouet as a serious candidate beyond 2m whereas The New One demonstrated hitherto unknown ability and, in particular, a very impressive turn of foot when winning over 2m 5f in the Neptune at the Festival. Thousand Stars has a superb record at this time of year and at Aintree and must be a serious contender. Others likely to enjoy the distance are Countrywide Flame and Zarkandar.

My betting selection is a reverse exacta Thousand Stars (11/1) and Zarkandar (6/1) which should provide a tidy return if successful. 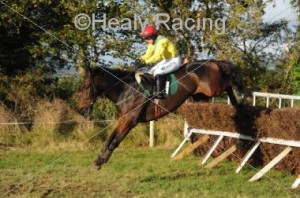 This is the first race of the meeting over the National fences and it’s for the amateurs. One of the big points about the National is that they don’t want the runners to go too fast but that’s exactly what will happen here with enthusiastic riders and an early first fence. Any of them could tip over at the first. I’ll therefore focus (without confidence) on the good horses with good jockeys who will hopefully feature in the run in. Horses to look out for are Battlefront (a front runner), Bold Addition (trained by Paul Nicholls’ mother in law and part owned by him), Cottage Oak, ridden by Sam Waley-Cohen and with a proper hunter chases grounding for this and Warne**, about which a man who knows gave me a very good word at the excellent Rigbys preview last night. If you’re doing the placepot I recommend adding all those named (notwithstanding the expense) given the unpredictable nature of this race. 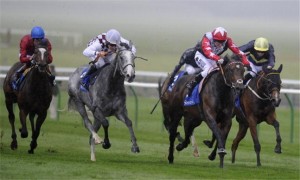 The horses in this race are, in a handicap, not the best but the handicap is exactly what you need to bear in mind. Avoid Rebel Rebellion and I’m very interested in Silver Roque* (10/1) carrying an interesting 10st 9lb which gives him a leading chance and a definite placepot selection. 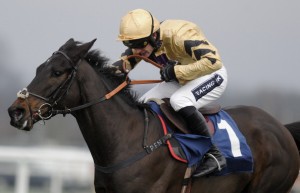 This is one of the best races of the year and often overlooked (notwithstanding the £75,000 g’teed on offer). I have this between Captain Conan and Fago. The former was fifth in the Jewson and was a Grade One winner over hurdles. However, I’m not a big fan of translating hurdles to chasing form and, as previously advised, he’s not delivered at the highest level. The same can be said for Fago and he has performed lamentably, particularly at Warwick when he has knackered when falling. However, the good ground expected at Aintree could well see a transformed horse and I’m willing to take the chance that he’ll deliver. 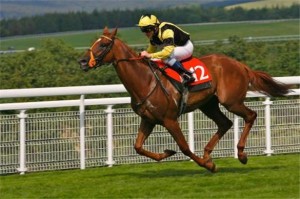 This race has a reputation for a 20/1 plus winner and there’s no reason to think that it will be any different this year. Double Ross* is an excellent each way option at a current 18/1 and the current favourite is Jetson at 7/1. He has a reasonable chance but the truth is that you could call half a dozen of the leading candidates for this one. My recommendation is to follow the market because I think that there will be a plunge. I’m at Aintree tomorrow so, if I find it, I’ll let you know!