Further to Wednesday’s post I’m pleased to see that most of my selections have stood their ground. So here are my selections now that we have the declarations.

I’m pleased to see that the market shares my view that Garde La Victoire and Katgary are the main protagonists but less pleased about the prices! Nonetheless the 4/1 about Katgary is well worth having.

I absolutely cannot have Spirit of Shankly, the current 11/4 favourite. I’m going to chance it with Roberto Pegasus (7/2), more or less on the basis of having eliminated all of the others but without great confidence. I’m never a fan of Worcester form when moving to a “proper racecourse”.

It’s probably not so surprising that Dynaste hasn’t made it here. However, as you know from my last post he wasn’t my choice in any event. Uxizandre is the deserving 4/1 favourite and I think that the price might look generous if, as I expect, this one turns out to be one of the middle ranking stars of the season.

Without Prince Tom this looks like perfect placement for Burton Port to get off to a winning start. I’m wary because McMurrough, Lie Forrit and Pigeon Island are all rated higher on Timeform but this is a race to go with what I’ve seen myself and Burton Port is the class act and understandably 13/8 (3/1 bar). It’s notable that Pigeon Island has a 10lb claimer on board. Good or bad? I think the latter.

As I said on Wednesday I can’t pretend to have any real knowledge about these horses so this is a pin-sticker. The market says that Kilfinchen Bay deserves the favourite’s slot at 3/1. I’m more interested in Tarvini (better breeding and better overall form) and possibly Possol but he’s been tried at this level and failed several times. It’s therefore probably the unnamed favourite for me in the Placepot.

Now this is a really interesting race and I’m strongly against the market with forecast 11/1 Volcanic. Am I missing something because this was a decent horse with Guy Cherel and has made the classic transition from France to a decent British yard? Everything is right in my book and this is my bet of the day. The only concern is that he gets round and, in my view, if he does he wins. I can’t imagine that Donald McCain has bought him for Elite Racing Club because he’s a donkey! Very strong view about this one. I’m really looking forward to going to the parade ring and checking this one out.

If I’m right about this then the last two races could prove to be a very satisfying end to the day. As with the previous race I’m firmly with a longer shot in the shape of Jacks Last Hope (10/1), unrated by Timeform (although to be fair most of them are) and has to beat the obvious choice, Days of Heaven and the other interesting candidate Apollo Eleven. I’m really positive about Jacks Last Hope.

So here’s the Placepot: 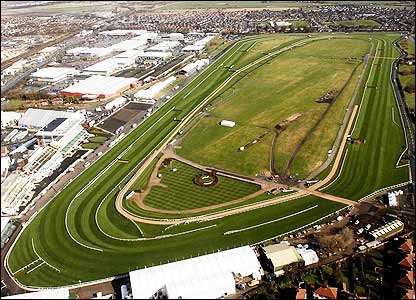 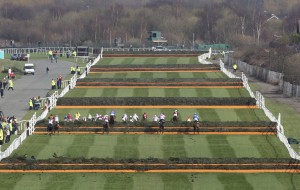 They’re not going over the National fences this weekend but I’m delighted that the new National Hunt season is under way. The traditional first proper meeting at Chepstow produced a bizarre race in the 4.20 on the “Jumps Legends Raceday” on Saturday 11 October (take a look on ATR) but it’s not until the end of the month that we begin to see the serious contenders for the season. I generally regard the Haldon Gold Cup at Exeter as the first serious race and that’s shaping up nicely with Cue Card (the race suits) and the possibility of Sire de Grugy’s participation as a warm up for the Tingle Creek.

Anyway, on to Saturday’s fayre at Aintree (based on entries rather than decs). I’ll be there and really looking forward to an autumn National Hunt day.

I thought that Goodwood Mirage was going to be one of the stars of last season. It didn’t work out that way and the horse looked as if he didn’t like hurdles. With the benefit of a break and JJ O’Neill’s work through the summer it will be fascinating to see whether he’s mastered the art and, if so, he could be serious contender for the season.

By far the more interesting option is Katgary, second in the Fred Winter and a proper 2m and a bit hurdler.

Spirit of Shankly should have been a good horse but is an obvious local entry. Any Given Day did not live up to expectations in my view. Garde La Victoire was good enough to warrant an entry in the Supreme Novices’ where he didn’t deliver but did well afterwards at Taunton and Cheltenham (particularly notable in the latter Class 2).

The Old Roan Chase has the potential to be much better than it has been in recent years, primarily as a result of the possible participation of Dynaste. However I see the more likely winner (subject to declarations) as Uxizandre, an impressive winner of the Manifesto Novices’ Chase in April where he beat Oscar Whisky, Western Warhorse, and Dodging Bullets. I can’t have Wishfull Thinking but I am interested in Edgardo Sol, with Aintree form, now with Emma Lavelle and one of many significant defectors from Nicholls.

I love Veterans’ chases and this one is potentially full of favourite horses if not favourites to win. Burton Port has had gaps in his career which means that he hasn’t got so many miles on the clock and has course and distance winning form, albeit a long time ago. Hey Big Spender is in my view spent and small course multiple winner Prince Tom might be the one to take this.

I’ll confess that I know hardly any of these entries. This is one for a long odds winner and, for me, one to avoid.

This is fascinating and the eye-catchers for me are Volcanic (Donald McCain) and Solar Impulse (Paul Nicholls). I’ll have a bet but probably moments before the race based on how they look.

Too early to take any firm views about this but I’ll be interested in McCain’s Jacks Last Hope if he turns up.