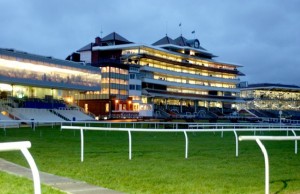 On the back of Aubusson, Caid du Berlais and

Sam Winner it’s about time that I started sharing some selections – time for it all to go wrong!!

Quite apart from the dilution caused by last week’s new Haydock race and the trainers’ desire to keep top prospects apart, this card is poor. What does Newcastle expect when the second race is a Class 5 with guaranteed prize money of only £3,300 and finishes with a Class 5 maiden hurdle qualifier worth a total of £4,800.

I’ll therefore confine myself to the Fighting Fifth and the relocated Rehearsal Chase (perhaps the latter should be relocated back to Chepstow and Newcastle can carry on with its AW plans).

Notwithstanding the fall at Wincanton I already had reservations about Irving. I’m with Aurore D’Estruval (100/30) with the benefit of a 7lb allowance and good enough for this. I think that she’ll shorten a lot before the off so get on now.

I’m not a big fan of the Lucinda Russell/Peter Scudamore team, nothing to do with them personally and based only on their form with talking horses – Tap Night!!. However, I have always thought that Lie Forrit is talented. 6/1 is a fair price but he’s knocking on and won’t be in any of my combinations.

Now we’re talking. I was lucky enough to be there last year with a Lambourn night out thereafter and the whole card is interesting.

A Doll In Milan should win this, based on her last run at Lingfield. I’m delighted to see that she’s not favourite (7/2 with Carrigmoorna Rock for Robert Tyner/McCoy taking the helm at 5/2) .

This is a perfect race for this time of year. I’m wary of Royal Regatta and The Clock Leary. I’ve also followed Keltus (to my cost and am now deserting him) so my selection is Turn Over Sivola at 5/1. Again a single bet rather than in any combinations.

Quite simply this is one to avoid. I don’t even have a choice for the placepot!

I think that this is between 4 and 5 in the handicap, Hammersly Lake and Exitas (6/1). I prefer the latter, even though with an unfashionable trainer. He’s won this type of race (at Sandown) and can do so again at 6/1.

This is one of those easy options when there is a changing of the guard and only one conceivable outcome. Barring bizarre problems this is a penalty kick for More Of That (4/9). However, again, not in my Lucky 15 for the weekend! 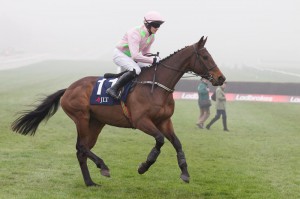 When Ruby says that his ride has a favourite’s chance you have to take it seriously so Djakadam ( a very fair 11/2) has to be the selection. WP has an unhappy history at Newbury and I think that he wouldn’t be back here unless he was here to make a point on his return (beat Road To Riches out of the park in a novices’ chase but under the radar)! Therefore Djakadam is the first of my multiple for the weekend.

I rather like Monetaire as a typical Pipe recruit and I see that others are ahead of me now that the price has reduced from 7/2 to 2/1. Oh well – get on now – wildly get shorter!

Now then, Newcastle take note. The juvenile hurdle at Fairyhouse is worth €30,000!

Very predictable but races at this time of year often are (yesterday excluded!).

I love this time of year when, almost every week, top horses are making their seasonal outings. This year is no exception and I’ll be posting my views of ones to watch in the next couple of weeks.