Aintree Racecourse has really got it right this weekend. Giving away “Mini Rums” in Liverpool city centre:

Got this little guy this morning, so I’m taking him to London for the day! Excited already #4months @AintreeRaces pic.twitter.com/nJorjBPcN8

This, along with the free tickets that could see a 40,000 plus turnout tomorrow is how to get non-racing people involved and enthusiastic. I suspect that even if they get 30,000 this will, at once, turn into something similar to a Festival day. The racecourse will probably make more money from on-course sales than tickets in previous years and, of course, have created an event which is threatening to eclipse the established feature of this weekend, Sandown’s Tingle Creek. At this rate you could see the Sandown feature relocated. OK, that’s probably going a bit too far!

The racing fraternity have not let them down. A record entry of 25 for the Becher Chase and a graded chase in all but name with serious Gold Cup contenders notwithstanding the small field.

So, on to the selections.

12.00 Class 3 Novices’ Hurdle 2m 1f
This has to be an outstanding opportunity for Beast of Burden (2/1) after the impressive bumper win at Ffos Las for Mr Carl Hinchy.

12.30 Class 1 Listed Juvenile Hurdle 2m 1f
Three unraced horses so it’s a bit of a risk. Nyanza is a justified favourite but, on very little, I prefer Hannahs Magic (5/2) for my Aintree favourite, David Casey on board!

1.00 Class 3 Handicap Chase 2m 4f
No strong views about this one but just tipped in favour of Baileys Concerto (9/2) and taken what’s currently available on Betfair.

The Becher Chase Grade 3 Class 1 3m 2f
What a great betting option. I set out my shortlist yesterday and I’ve settled on Saint Are (14/1), particularly on the basis of his good run behind Sam Winner (see below) in a Grade 3 at Cheltenham on 15 November. My saver is Chance Du Roy (13/1). I’ll be interested to see whether these prices hold up in the morning. Incidentally I assume that C4’s The Morning Line coming live from Cholmondeley at Donald McCain’s yard is an indication that their primary coverage will be Aintree. Hope so.

2.05 Class 2 Handicap Hurdle 2m 4f
For no obvious reason I’m a big fan of Bear’s Affair. When this Presenting gelding started out I thought he could go all the way. His Aintree record is really good but I know that he’ll win or bomb out. I’m inclined to the former. 14/1 will do nicely thank you! (taken). My followers will know that, to say the least I am not a fan of Tap Night! Really don’t like Creepy and the horrifyingly named Secrete Stream.

2.40 Class 1 Listed 3m 1f Chase
Ha ha! Many will think that Ma Filleule (based on her win in the Topham) is a good thing. Others will think that the highly regarded Holywell will put behind his lamentable performance at Carlisle. As my friends know I’ve been with Sam Winner (3/1) from the start and it’s so much better now that the trainer has worked him out. He’s a lazy horse but one that will keep on and on for encouragement. Not only will he win this (no problems with the sharp track – Nick Scholfield will take care of that), he’ll also become a serious contender for the Gold Cup. I’ve already emptied my Betfair account on him!

I normally pay a great deal of attention to the Henry VIII Novices’ Chase but not this year. Irish Saint will win but too short at 6/4. He is handy for combinations.

The main race is, of course, the Tingle Creek and I’ve topped up on Betfair and spent it all at 7/2 on Balder Succes, the Champion Chase winner in waiting whether or not the absentees make it.

The double of the day is Irish Saint and Balder Succes. 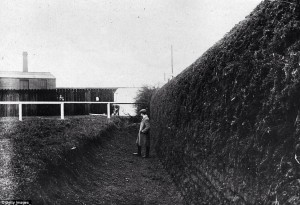 This is what Bechers used to be. Not any more. The National course still provides a good challenge but the real tests of jumping can now be found in France such as 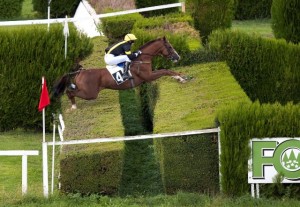 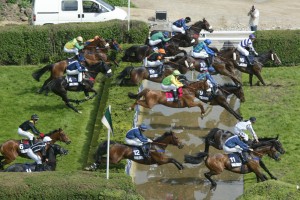 the Rivières des Tribunes and 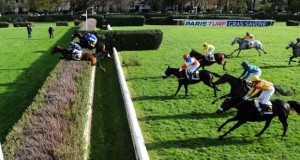 Gros Open Ditch at Auteuil and the feared 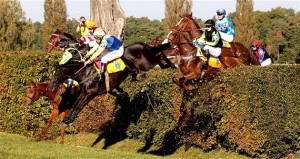 Taxis in the Pardubice in the Czech Republic.

What we have now at Aintree is a still visually appealing course that most horses get round. The risks now are about the number of runners and speed. It therefore opens up big opportunities for good handicappers such as my selection for last year’s big race.

I’m in strong agreement with Timeform’s Keith Melrose that you should avoid horses that are being tried out for next April. By definition they are not going to be pin sharp for Saturday’s race. However, for staying handicappers this has now become a huge target. Just look at the conditions:

That’s serious money for the winner and through the places for these type of horses. So, which ones are in the short list?

And then there’s the Grand Sefton (£70,000 race). Pretty much all the prior comments apply but perhaps even more so in terms of this not being a race in which to choose Grand National candidates. This tends to be a very fast run race with the focus on those that hunt round and then stay on. With that in mind I’ll look at those declared tomorrow and update this post.

There are also potentially great supporting races including, in particular, the 2.40 3m1f chase in which I’ll be lumping into Sam Winner to beat Holywell (if they both turn up).

Aintree is expecting a full house which will be great for the atmosphere but I’ll be doing my racing the way I like it – in a pub with Racing UK and good friends. Can’t wait!!