Traditionally regarded as the best jumps day outside the Festival, although these days there are a few other contenders, this year’s Kempton card is superb. The current going is good (good to soft in places) with no rain forecast and no strong winds.

I’m typing this on Friday evening so there may be changes between now and Monday in which case I’ll post an update. So here are my thoughts as matters stand.

There are two unraced flat recruits in this, Bazooka and Mohaayed, both of which should be disregarded. The most experienced is the Nigel Twiston-Davies trained Ballyhill. This one’s form is not good enough and the same applies to Maximus Maridius, Glaring and Port. That leaves the classically named Elgin and Jenkins**, the latter being the obvious selection, so the current 4/7 (5/1 bar) is no surprise. I wasn’t bowled over by his win in a Class 3 maiden hurdle last time out at Newbury in 25 November and the current 7/1 second favourite for the Supreme doesn’t appeal to me. If he is to maintain that place he needs a taking win here, which is entirely possible but I want to see him do it before getting interested for March.

This is an intriguing race with, currently, three joint favourites at 7/2 and the outsiders at 9/1. The Timeform top rated is Max Ward (7/1) who was third of four behind Altior (more of him elsewhere) in the hugely significant Henry VIII at Sandown on 3 December. He is unproven and I’m not a big fan of Tom George from a betting perspective.

Two Taffs was seventh of thirteen in the Haydock fixed brush hurdle and is attracting support but not for me, notwithstanding the Skelton trainer/rider package. Gold Present (sire Presenting) has an appealing profile, albeit that the form is very in and out and, ultimately, not for me. Remiluc is dismissed so that leaves two.

I like Sizing Tennessee and he is part of the exodus towards Colin Tizzard. He was 10 lengths’ second to O O Seven who flopped in his last outing. However he has the look of a chaser so the best may be yet to come.

Although form to date is not what I’d want and a headgear wearer I’ve taken to San Benedeto** (8/1). He’s not been mentioned by Paul Nicholls in his Christmas Betfair preview but I think he’s the winner of this and will become a graded chaser. Declared with cheekpieces and a tongue strap he definitely needs to improve but I think he will. I don’t know much about the breeding so it’s just based on what I’ve seen.

This is the first of the three top races at Kempton. Frodon*** (9/2) gets half a stone over the field as a four year old and runs here on the back of winning the Caspian Caviar Gold Cup at the Cheltenham International meeting. As the Racing Post says:

So what might beat him? Anibale Fly (Tony Martin/J P McManus/Barry Geraghty) is the obvious candidate. Here’s what I think about Tony Martin. He tends to have winners at Festivals. they tend to be at 25/1 to 33/1. Today is not the day for Alibale Fly. I have to mention 6-y-o Royal Vacation (40/1) on the basis of Paddy Brennan’s positive view of him. He carries the Jean Bishop Cue Card colours and if you ignore the defeat to Politilogue (who is the star of the season so far) this King’s Theatre 6-y-o bay gelding has real place potential.

Although I’m a fan of chases, this one is a Christmas cracker. It’s disappointing that Vroum Vroum Mag doesn’t line up (more of the Leopardstown fiesta will follow) but the  declared runners make this an absolute Christmas treat. So let’s get rid of Gray Wolf River (credit for the prize money) and Ch’Tibello (useful but way out of his depth) and that leaves the hard contenders: My Tent Or Yours, The New One and Yanworth****. OK, here’s the low down. It was obvious that My Tent Or Yours was beyond his best last time out. The New One, although a fabulous horse, was always overrated, so we have to go with Yanworth (6/4). The worry is that he was being seen as a candidate for the Sun Bet Stayers’ Hurdle (by the way I’m delighted that it’s restored as the Stayers’ Hurdle as opposed to the World Hurdle) so this is a try out for the Champion rather than the Stayers’. Nonetheless I’m with the coming horse rather than the have beens and maybes and I’m pretty confident that Yanworth will deliver.

I think that the Tizzards think that they have a Gold Cup winner in the shape of Thistlecrack. Why else would they be declaring the horse for the King George rather than the novices’ chase on the same day? Paula and I bet on the horse at 25/1 in the novices’ hurdle at Aintree when he beat, notably, Vita Du Roc, Our Kaempfer, Blaklion, Alpha Des Obeaux and Roi Des Francs.

Silviniaco Conti*** is the forgotten horse in this race, at a current 25/1. Several bookies are currently offering 25/1, 1/4 the odds. That’s a gift:

Surely Silviniaco Conti is great e/w value for the King George at 25/1 first two 1/4 the odds?

I I advise you to go for it! 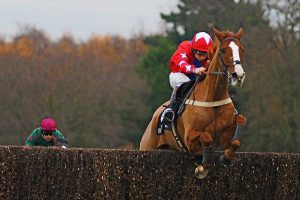 Tomorrow is one of my favourite days of the pre-Christmas National Hunt season because top quality races come thick and fast and the ground is normally suitable for some big names to make their debut.

This year doesn’t provide many decent betting angles but I’ll have a selective look at the main cards, if only to try and do better than the last few posts!

I don’t know these horses but Nicky Henderson has won the last five renewals of this event, so I’ll incline with Bardd (9/4), a decent bumper winner on his hurdling debut.

I merely observe that Blue Rambler has shortened from an opening 7/2 to a current 2/1.

This is my first Sandown bet of the day in the shape of Altior***** (4/11), currently 2/1 for the Arkle. If he is as good as he seems then this is a rare three figures odds on bet because there is no real opposition here. Thistlecrack went off at 1/8 last week and I think that this is a comparable chance. Lump on now because I think that the SP will be vastly shorter. Be brave!

Un de Sceaux is currently 10/1 for the Champion Chase and Sire de Grugy** is 20-25/1. However…the latter’s handicap win two weeks ago was very impressive and I think that the current 7/2 is very generous. Having said that Ar Mad was one of my horses to follow last year and I’ve bet on Un de Sceaux time and again. My feeling is that this could be Sire’s big day while good shows from the others could incline me towards them next March.

I’ll only be on this race if all else has failed (wouldn’t be the first time!). The going tomorrow is good, good to soft in places, which prevents it from being the utter slog it has been on occasions. If need be I’ll have a look at Conas Taoi* at a shortening 6/1 (from an opening 12/1).

The going is good, good to soft in places, which is much better than the gluey ground in the last few years. I remember being at this meeting when it was miserable and degraded as the card progressed, but always enjoyable to be in the champagne bar with proper racegoers who were, like me, in their element!

Without looking at the betting I chose Daisy de Sivola** (4/1). However, this is a race in which a decent candidate could emerge from nowhere so I recommend that it’s treated with caution.

Perhaps this is a surprise but I have a strong view about this one in the shape of Minotaur**** (5/4) for Jonjo and B J Geraghty. I’ll be very disappointed if this one doesn’t win. A perfect purchase for JP and, if I was him, I’d be looking forward to Cheltenham in March. I think that he will be the stand out of the day and, for me, this is the most interesting race of the day. The flat form is super for a NH transition. I hope I’m right!

Exciting! That’s my first response to this race. OK, not The Last Samurai or Viconte du Noyer or The Young Master off top weights. Equally, for this race, it won’t be the bottom weights. It will be a middle weight in the shape of Saint Are** 16/1, my selection for last year’s Grand National and perfect for this race. I respect Ucello Conti* (11st 7lbs) at a current 10/1. The bottom line is that, for people who enjoy National Hunt racing like me, this is almost a better race than the National, particularly from a betting perspective, let alone the spectacle. Happy days!

I’m mentioning this race only because the excellent pundit Paul Ferguson has highlighted Debece* (3/1) as one to follow. I think it would be fair to say that performances to date have not been as hoped for (as he has acknowledged) but this is a proper opportunity.

Paul Nicholls has placed Le Mercury* very well for this one at an appealing 7/1. Minella Rocco is the 2/1 favourite with Irish Cavalier at 11/4 and Many Clouds at 3/1. I strongly suspect that the others won’t win. Another random one if things aren’t going so well!

God help us. I suppose that people put horses in this race to have a National type experience. I just don’t get it. Maybe it’s the hunter chase random one but the hunter chase season hasn’t even started. Anyhow, it is what is is and I have two views:

As De Mee I have followed this horse throughout his career so I am loathed to oppose him but I have.

I think that Seefood might win this at a reasonable 8/1. It’s great that we have this as an exciting race, before trying to find a winner in the London National (see above!).