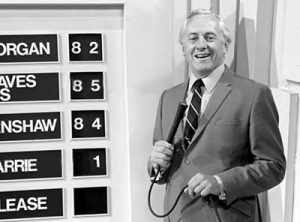 Well, it’s make your mind up time because the Festival is now upon us. First news must be about the weather forecast which, from the latest BHA report, is “2mm of rain Sunday morning, dry outlook through to Friday”. With no watering (yet) the old course is expected to be, surprise surprise, good to soft (going stick 6.0/average good to soft is 6.8). With drying weather during the week we should expect that to change to good, good to soft in places and the new course (for Thursday and Friday) good. If you believe the reports this will have an impact on some of the key selections every day.

At last we have the final entries for Tuesday although experience has taught us that there can be late news about runners right up to the off. This week’s highlight must be, quite rightly, the Gold Cup on Friday. For much of the season expectations were that there would be a short-priced favourite but now the market is headed by three entirely viable candidates, any one of which could go off as favourite. Anyway, more of that later in the week. Now on to the first day which provides, in my view, the best overall card of the week and the only soberly prepared preview!

My initial choice was Charli Parcs (now in the Triumph on Friday and I’m still keeping the faith), with Bacardys one to watch and, latterly, Neon Wolf as a substitute for the first selection. None of them have shown up for the race so we might as well start over.

Melon is all about what you believe. The racecourse form is nothing to write home about but WP is reported to have thought of this one for the last two years as potentially one of his best and he’s Ruby’s choice. His only hurdle race was against no serious opposition in a low value maiden hurdle at Leopardstown in late January and his in-running report included “not fluent 4 out…eased clear before last where mistake”. His opponents that day have subsequently done nothing to write home about.

Ballyandy is the opposite of Melon in terms of racecourse experience and his impressive win in the competitive Grade 1 Betfair Hurdle at Newbury was an excellent prep for this. He is my preference from the leading two in the market.

However, the defection of several would-be serious candidates means that this appears not to be the toughest of renewals. Last week I highlighted Bunk Off Early** (7/1 -> 5/1) and Crack Mome* (16/1 -> 9/1 e/w), both of whom remain of interest. I’ll also be having a little wager on Labaik* (33/1 e/w) who Gordon Elliott thinks the world of. The only problem is that his race may be over at the start, having refused to race in four of his last seven starts!

????Last month we sent @racingblogger to Gordon Elliott's yard and he met Labaik. ????

If he jumps off, is he an each-way Supreme play? pic.twitter.com/0aQsLlGkWY

There is no reason whatsoever to change my view on this one. Not a betting proposition per se (but one for combinations).

As previously mentioned I fancy Royal Caviar** (14/1) for a place. There will be loads of offers so look for at least 1/4 the odds (first three) and hope for no late defections!

I put this one up as a definite selection three weeks ago and nothing’s changed my mind. The price is fair, bearing in mind that I don’t like the next five in the market (Singlefarmpayment, Holywell, The Druids Nephew, Ibis du Rheu and Henri Parry Morgan). There is every chance of an outsider winning and I like Theatre Guide** (25/1) for a place (look for 1/4 the odds first five).

Footpad was a definite selection if the ground was soft, but it’s not, so he’s deselected. As previously discussed I can’t have Yanworth because the pictures don’t lie. However, he’s good for a placepot selection. Nicky Henderson has been clear that Buveur d’Air prefers it soft while Brain Power prefers good ground, hence the shortening of the latter to 6/1.

Petit Mouchoir** has won on good and good to yielding and I can see him leading them home up the straight. I am going out on a limb with this one and most would think that the horses at the top of the betting are, basically, better than him. Of them, I would side with Brain Power, even though he has not yet campaigned at the top level. He might just be very good indeed. I’m confident that the winner will come from the top four in the betting in what is a below par renewal.

So now we know that the WP pair of Limini (6/4) and Vroum Vroum Mag (11/4) have lined up against each other and Ruby’s choice is the former.

I’d already indicated that I would be opposing Limini. Vroum Vroum Mag could have faced a stiffer challenge in one of the other races. The last race at Doncaster was won in a workmanlike manner by Vroum Vroum Mag and was a far from ideal preparation. You have to disregard that race to go with her and I’m not inclined to do so.

Apples Jade* can be very good indeed on her day and I’m sticking with my choice throughout the build up, albeit not with great confidence.

Of the remainder Rons Dream* has winning form at Cheltenham on good to soft, will stay all day and is very good value for a place at 66/1 (1/4 the odds first three).

Selection A Genie In Abottle** has been stable at 5/1 and has the considerable benefit of Jamie Codd on board. His best form is on soft and heavy but he won his only Point to Point on good to firm.

I cannot have Champers On Ice or Arpege d’Alene but Beware The Bear is of interest.

Only one of my selections has made it into the final field for this one and it’s the least favoured of the three in the shape of Sizing Tennessee* (e/w 1/4 the odds first four).

Of the remainder I’m interested in Burtons Well (20/1) and Gold Present (10/1). Not a race I’m going to get heavily involved in.

Three for the day 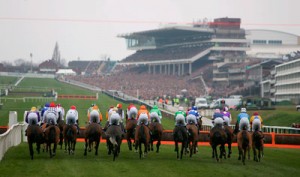 As usual, here are my thoughts about the championship and other leading races a little over a month before the Festival. If you are betting at this stage make sure that you go for Non Runner No Bet (NRNB) and, if also available, Best Odds Guaranteed (BOG). Most are either/or but bet365.com are currently offering both for all 28 Festival races. Having said that, beware the prices and always check.

This year I’ve added video links for those that are available. Previously, most links were to unlawful downloads but common sense has prevailed and most of the links are to mainstream broadcasters.

This has not been a good season for WP Mullins and the Riccis. Their dominance last season has been diluted by the demise of Vautour and the Cheltenham absences of Annie Power, Faugheen and Min. However the undoubted star, Douvan, demonstrated last weekend that he has lost nothing for the new season and is my idea of the star of the week. While I tend to avoid odds-on the current 4/11 looks a good way of making money quickly.

Super Saturday at Newbury will be informative for some of these this weekend but now is the time to get on before (relevant horses: Bristol De Mai, Native River, Fox Norton, Altior), as will Sunday at Leopardstown (relevant horses: Bapaume, Housesofparliament, Meri Devie, Bacardys, Blood Crazed Tiger, Invitation Only, Riven Light, Saturnas, A Toi Phil, Bellshill, Bleu Et Rouge, Nambour, Don Poli, Empire Of Dirt, Sizing John, Foxrock, On The Fringe). By the way if the decs match the entries Sunday is going to be one hell of a day’s racing. I will be glued to ATR (Sky 415/Virgin 535).

A word of warning: I have a funny feeling that the weather may play a part this year. It’s been a strange winter and we might just end up with soft ground. Habitués of the Festival will remember that it wasn’t that long ago (2013) when temperatures plummeted to -11C the week before and in 1987 races were run with snow on the track (The Thinker’s Gold Cup).

I’ve added YouTube videos where available (click on the names of the horses). This video ( a tribute to Cue Card) deserves a particular mention. Watch this one as well from Equidia: “RRRubbyy Waaalsh”!!

One to watch: Lough Derg Spirit (20/1 e/w with a run). The excellent pundit Paul Ferguson has pointed out to me that this one is not entered. Thanks Paul. By the way I recommend his online updates. Detailed, informed, impressive, and very good value.

Choice: Auvergnat (12/1) (The video is not of the horse but – just for Gerry – Georges Brassens singing Chanson Pour L’Auvergnat!)

Get on now because this one will cut up (Min (non-runner) still quoted at 16/1).

Choice: Politilogue (9/1). I’ve been let down with this one but I see him in the mould of Silviniaco Conti. Worth sticking with.

Derided when it was first introduced in 2005, this is potentially the race of the week. An intriguing middle distance challenge which is likely to attract a top field.

Choice: Cue Card (7/2) I think that this is a great price on the basis that he didn’t run his race in the King George and will relish this distance with a dominant run. This is another race that is likely to cut up so now is the time to get on.

One to watch: Uxizandre (7/1). A really taking return last weekend and knows how to win at the Festival. The video is well worth watching as a good reminder.

Choice: Unowhatimeanharry (13/8) had the perfect prep in the Cleeve Hurdle and is many people’s idea (me included) of a pretty safe choice.

One to watch: Footpad (33/1 e/w) has good form at Auteuil which provides a good test for a potential stayer.

Choice: Meri Devie (9/1) is a surprisingly big price given her impressive win at the Leopardstown Christmas meeting.

Choice: Thistlecrack (7/4) would be much shorter were it not for the defeat by the valiant (to the end) Many Clouds in the Cotswold Chase. That was arguably his best run yet and the potential challengers have fallen away. I think that he will be a good deal shorter at the off. I’m not worried about him staying (the ground did for him last time out). The video is well worth watching as a reminder.

One to watch: I think that Thistlecrack will win so I’ll select Bristol De Mai (14/1, place only). I’m really keen on this one. This is worth watching as well.

And I’ll leave you to make of this what you will! It’s another way of tipping!

So these are the ones that I’m settled on: