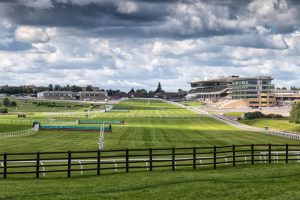 Well, a lot has happened since I posted my initial selections on 7 February so it’s high time for an update.

There are stories circulating about the wellbeing of this one and he’s been pulled from a couple of targets. He’s entered in the Adonis at Kempton on Saturday and I hope he runs. He doesn’t look like he’s got a lot to beat. A decent win will see him shortened to favourite in my opinion.

A very pleasing win in the Grade 1 Deloitte Novice Hurdle at Leopardstown was just what was called for. He battled well and reinforced the view that he is a good call for an each way bet. It’s pleasing to see that he remains entered after today’s latest entries update. Favourite Saturnas bombed out in the Deloitte and has to be disregarded (now 33/1). Current favourite Melon has run once this season in a maiden hurdle and is surely underpriced at 3/1. Ballyandy was an impressive winner of Newbury’s Betfair Hurdle and is respected at 6/1.

Altior was an incredibly impressive winner of the Game Spirit at Newbury and is now (with the defection of Thistlecrack) one of the two stars of the week (Douvan is the other). Identity Thief is out of the equation and I genuinely can’t see any contenders beating Altior other than himself (which seems very unlikely).

Choice: Petit Mouchoir (9/2 -> 4/1)
My selection has no entries at the moment other than the big one and retains my support. The redirected Yanworth (4/1) continues to divide opinion, no more so than in his last outing in Wincanton’s Grade 2 Kingwell Hurdle last Saturday. Some say that he continually does just enough to win but I really can’t have him as a Champion hurdler. Apple’s Jade has drifted to 14/1 after today’s defeat by Limini (not entered – see below) and this isn’t the target. So that leaves another redirected candidate, Buveur d’Air (11/4), and Brain Power (8/1). The former is a very decent horse and should be good for a place. As for the latter, Nicky Henderson says:

I think Brain Power has done everything right and looks really well, he’s been great, the one thing you could say is there is a ground situation here.

The ground situation he refers to is that he needs good ground. If it’s on the soft side I’ll remain keen about Footpad (20/1)

Jezki (14/1) remains entered but the defeat by Tombstone on Saturday (admittedly on heavy ground) was disappointing.

Today’s defeat by Limini (7/4 jf) was disappointing but, again, the ground was heavy, so it should be treated with caution. I’m nonetheless now inclining towards today’s winner but Vroum Vroum Mag (7/4 jf) remains a serious contender.

I’m sticking with this one and another to note is Rons Dream (20/1), a hardy campaigner, who ran an excellent prep in the listed Warwick Mares’ Hurdle.

We still have 80 entries for this one but Finians Oscar impressed against albeit limited opposition in a listed race at Exeter on 12 February.

Neon Wolf (shortened to 5/1) remains the most likely best of the rest.

Might Bite has nearly halved in price and it’s now 10/1 bar. The win at 1/7 at Doncaster in a field of three told us no more than he’s well and I’ll be looking for better odds elsewhere on the day

This one is as short as 12/1 in places and, albeit unexpectedly, has had an excellent prep.

Douvan has been as impressive as could be in his 2016/2017 campaign and is vying with Altior as the likely star of the week. Unopposable.

Urgent de Gregaine (8/1) has entered the picture after his impressive win in the Glenfarclas but Auvergnat’s win in the PP Hogan Memorial is good enough for me to think of him as the likely winner. Current favourite Cantlow (5/2) is very short and, in my view, unreliable.

Like Might Bite, Politologue’s outing in a two runner race at Kempton did nothing other than confirm that he’s in good order. I remain very interested in this one.

Disko (5/1) did his chances no harm in the Grade 1 Flogas Novice Chase at Leopardstown on 12 February. Yorkhill (6/4) remains the favourite but, like Yanworth, he’s another one I can’t take to. He won last time out in a Grade 3:

Raced in 3rd, a little keen and improved to lead from 4th, not fluent next and inclined to jump slightly left after, still travelling smoothly straight, pushed out and stayed on well run-in

…and that’s not my idea of the winner.

Derided when it was first introduced in 2005, this is now firmly embedded as one of my favourite races of the week.

Initial Choice: Cue Card is out of this so there goes my strategic bet. Of course the absence of Thistlecrack in the Gold Cup makes him a leading candidate for the blue riband.

Un de Sceaux must now be the one to beat at an appealing 5/2.

One to watch: Uxizandre (7/1). I’m still happy with this one as a place selection. Get on now because this race will cut up severely

There’s no reason to depart from this one. Another for the “accas”.

I mentioned about the ground in my initial selections. If it’s good ground I think that this one will be diverted here so the price remains interesting.

Jezki is 5/1 after last weekend’s defeat but I’m now sceptical about whether he’s retained his form.

Cole Harden (9/1) made a super return in the Cleeve Hurdle and is interesting for a place.

This one was downright disappointing in the Grade 1 Spring Juvenile Hurdle at Leopardstown and is now discounted (as was and is Housesofparliament in the same race).

Charli Parcs (8/1) may yet turn up here in which case he is the selection. However Defi du Seuil (3/1) is the justified favourite

One to watch: Coeur de Lion (33/1 unchanged) …remains of interest for a place.

Introduced following the last selections (the handicaps will follow), this looks like a head to head between On the Fringe (6/4) and Wonderful Charm (5/1), to be ridden by Katie Walsh, with Ask The Weatherman (11/2) also to the fore of the betting. As I commented after last weekend’s race On The Fringe has had his best prep for several years, thereby dispelling any notion that his 12 years have caught up with him. The general view was that Jamie didn’t push him (I’ve just watched it and he was hands and heels while Katie on Foxrock was flat out). I think that he’ll be odds on on the day so another one to get on early. I’ve watched the replay of Ask The Weatherman at Wincanton on 2 February, beating Rebel Rebellion, and the price is definitely an overreaction. Not in the same league.

Initial Choice: Thistlecrack …is out for the season. What a desperate shame.

The complexion of this race has changed dramatically. Someone on Twitter reminded us what an achievement it was for Henrietta to get Best Mate back for it time after time and it’s a good point, notwithstanding that I was critical at the time about saving horses.

So, what do we make of what remains? Native River (3/1) has won on soft over 2m 7f and 3m 5f, as well as a Hennessy (the last under that name) on good to soft. It’s really hard to argue against the prep. Cue Card (7/2) was mightily impressive in last weekend’s Ascot Chase but what did he beat? Djakadam (11/2) was beaten by Outlander (10/1) and Don Poli (20/1) on yielding ground in the Lexus. I’ve just rewatched that race and Outlander was a comfortable winner.

I think that Cue Card will win and I’m keeping the faith with Bristol De Mai (14/1 -> 25/1) for a place. The last outing behind Native River in the Denman Chase at Newbury on 11 February was too bad to be true and we now know that there was a valid excuse. Here’s Anthony Bromley’s informative assessment:

The day after he ran Nigel reported he was very lame. He gave his near-fore joint a whack and it took him a few days to get over it, but he was cantering again at the weekend.

He also got a cut on the same joint and Daryl (Jacob) said that very early on he knew he wasn’t travelling and he didn’t feel like the same horse.

I think there was a combination of factors, Haydock probably took more out of him than we thought and he may have hurt himself jumping the first as he landed very steeply.

We don’t think it was his true running, he didn’t jump like he can so we think he has a valid excuse.

We’re under no illusions, he’ll be going to the Gold Cup as an outsider but it looks like being a big field and where else can you go with a horse with his rating?

Nigel thinks he can get him back to where he was at Haydock and we’ll roll the dice.

Some of them (Ascot) have already taken place but the one that stands out for me is the Betfair preview night at the Emirates Stadium on 1 March. It’s accessible live at betting.betfair.com and the panel is Gordon Elliott, Paul Nicholls, Kevin Blake, Dave Yates and Gary O’Brien. I will be settling down in my study with a decent bottle of red wine, a pack of Dunhill International and very much looking forward to that.

Cheltenham and the weather

Good evening to whoever may read this.

It’s the Friday before the Festival so it’s time for a general chat before decision time. My views are now tainted by watching several previews including, in particular, the Betfair preview:

Click on the links on the right hand side to get the previews for the subsequent days.

As indicated in the day two comments below the broadcast, I think that Anthony Bromley is the star in this. He’s the only man who, in a meaningful way, bridges the gap between Henderson and Nicholls (plus anyone else who gets a chance). He’s obviously French focused but that’s accounted for much of what we’ve seen in the UK over the last few years, and increasingly in Ireland (look at WP’s stars).

I don’t take any pleasure (really) from the fact that opponents to my selections seem to be drifting away. I’m sure that we would all want all the best horses to turn up. However!! We are now looking at very interesting weather with reports of covering all the courses and below freezing overnight for every night of the Festival until next Friday. I can’t tell you off hand which year it was that there was a lot of snow at the Festival (I’m thinking it was the early 90s). If I spent long enough watching the Racing UK replays I’d be able to tell you. Here’s the thing. If the ground is coming off frost, even if it is officially good to soft (as it will undoubtedly be), ground off the frost just isn’t the same and will be much better suited to winter campaigners – it just will be that way! That’s very significant for the horses requiring good ground (it won’t be) and is a good reason for supporting winter campaigners rather than those who have been saved.

Some of the selections might not perform so well on that ground but the bottom line is that good horses will go well in anything other than terrible ground. For example, I feel better about Sprinter Sacre, Jezki, Dynaste, and all the other Irish challengers. Well, that’s it for now. I’m going to take a look at tomorrow’s runners so there may be a brief list of selections to follow.