Lidington – an intellectual constrained by dogma 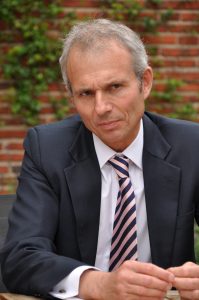 So, after being under the radar for months, new(ish) Justice Secretary David Lidington has broken cover with an appearance before the justice committee of the House of Commons yesterday (25 October).

According to an article in the Law Society Gazette, as well as not ruling out the reintroduction of employment tribunal fees in the face of a coruscating judgment in the Supreme Court a couple of months ago, he said without hesitation that he intends to proceed with increases in the small claims limits to £5000 for RTA claims and £2000 for other personal injury claims. He suggested that cases with values below these limits ought not ordinarily to require legal representation. There is no evidence at all to support this contention and, when I have seen him, Mr Lidington often appears to be a man at odds with what he is saying, almost as if he knows that churning out the mantra does not accord with his own view (he is clearly the same on Brexit).

However, no doubt the most telling part of his evidence was that, when asked about the timescales for implementing changes, according the Gazette article “he said reforms were in the pipeline but were subject to constraints of parliamentary time and the demands of Brexit legislation”. That can undoubtedly be said with conviction.