After the great flu shut out is a great extended weekend of racing, starting tomorrow with some decent runners at Kelso, albeit at short odds.

The feature at Clonmel is the 2.40 Grade 3 3m novices’ hurdle, featuring a number of Ballymore and Albert Bartlett entries. All the main yards are represented including Willie Mullins (Allaho 5/1), Henry de Bromhead (Capuccimix 9/2), Gordon Elliott (Swordsman 5/1) and Noel Meade (Eurobot 12/1) plus several second strings. It’s far too competitive for a bet but a decent candidate for Cheltenham could well emerge.

Friday is likely to see Kalashnikov at Sandown in the rescheduled Grade 2 Kingmaker Novices’ Chase and Posh Trish in the Grade 2 novices’ hurdle, as well as Rathlin Rose off 12st 10lbs and, after 593 days (439P), Keltus, 15-y-o Pete The Feat and, for Ben Pauling, the very consistent Carlos Du Fruitier, all entered in the Artillery Gold Cup.

Haydock includes the Victor Ludorum Juvenile Hurdle with entries including one of my current favourites of the season, Quel Destin, the Grade 2 Rendlesham Hurdle with Yanworth and If You Say Run, a Pertmeps qualifier including Blaklion, and a number of other familiar names, the Grade 3 Grand National Trial which could be an absolute cracker and a Grade 2 novices’ hurdle, plus one of the notable pre-Cheltenham races, the Walrus Hunters’ Chase.

Wincanton features the Grade 2 Kingwell Hurdle, which also looks like it could be a top race, although many of the candidates hold multiple entries.

And then we have the unparalleled nine race card at Ascot. I’ve listed the main races with notable candidates.

Grand Sancy, Mont Des Alavoirs, Getaway Trump, Al Dancer and one at an outside price that I’ll keep up my sleeve until the declarations are out!

And if that wasn’t enough, there are two Grade 2s at Navan on Sunday.

What a weekend. It’s fair to say that the Cheltenham picture is likely to be very much clearer in a few days. My schedule? Get the jobs done on Friday morning and settle down with a few real ales for a feast of racing! 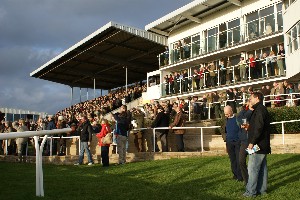 After a brief break in France I’m now looking forward to a proper early season day’s racing tomorrow. This is the time of year when picking the early stars can be very profitable before their odds shorten. So the cards under scrutiny are Wincanton, Aintree and Naas. (Stars equal unit bets.)

4.10 No bet (too early for bumpers although I will watch the market)

If you want a lower overall stake I recommend a Lucky 15 as follows: