This looks like my itinerary for the next few weeks: 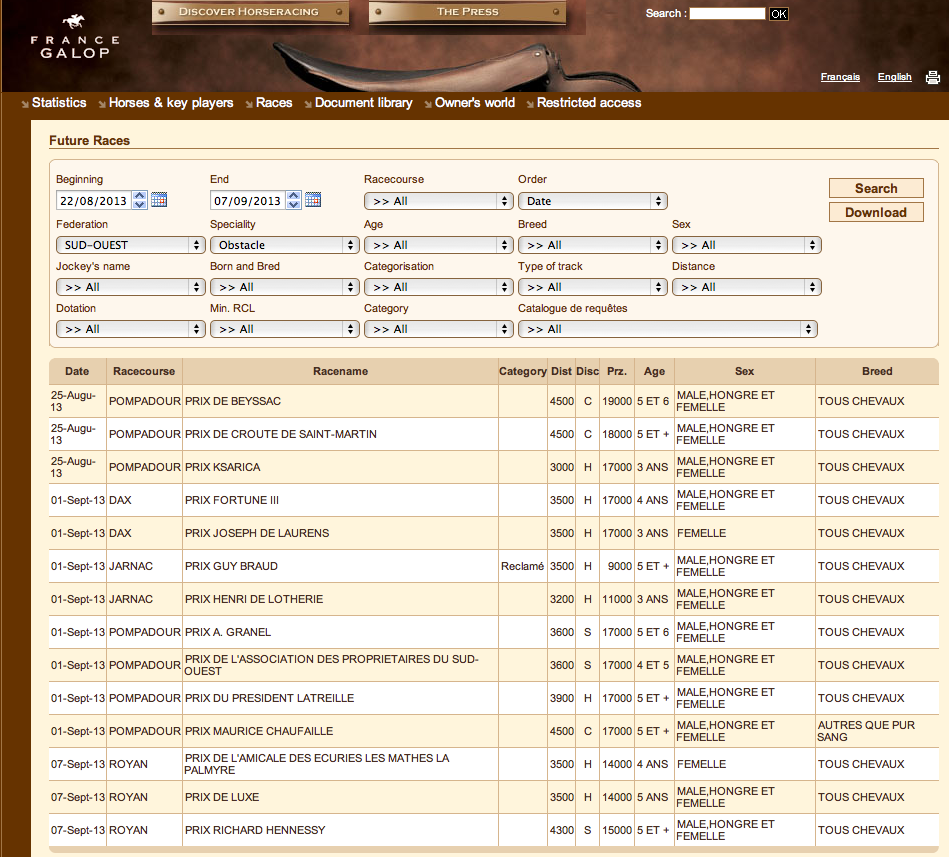 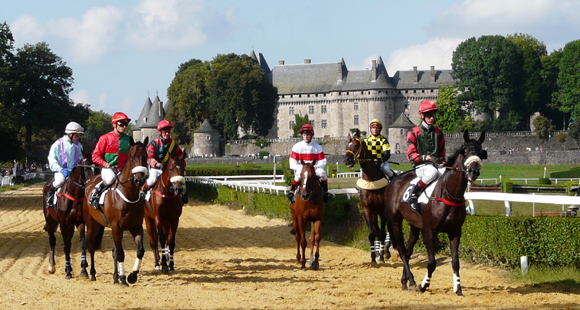 stunning racecourse in a natural dip with a chateau to the west. It’s a bit of a hike (about two hours) but I’ll be making sure that lunch is booked on arrival to make it a fully French experience for (probably) both trips. This is like no other racecourse I’ve been to. Typically cheap as are most French racecourses but very classy. I’ll add a link to my Flickr photos of my last visit shortly. It’s also a course which attracts some of the best French trainers.

Dax is 142 miles away (near the Spanish border) but mainly on autoroutes so about two and a half hours. It was definitely another to add to the list of French racecourses visited until I saw this. I might bypass this one!

The next possible is Jarnac and this race at the equivalent meeting last year suggests that this is much more interesting. It’s also within easy striking distance from my base near Montpon and on the agenda.

That leaves Royan La Palmyre which offers moderate racing and is way too far north.

So, that’s settled. The superb Pompadour on 25 August is going to happen and I’ll have to decide between Pompadour and Jarnac on 1 September.

There is also the possibility of local racing which doesn’t feature on the france-galop website and I’ll explore that option when I arrive.