Well! Now that we have the declarations I need to refine my initial views (particularly concerning Samcro and the race choice is significant) but, above all, it’s still held up as a hell of a day’s racing. I’ll have a look at Sunday when the decs are out tomorrow but, for now, here are my thoughts about Saturday. By the way, this is a complete endorsement of the decision that Cheltenham decs are going to be 48 hrs so we can take a measured view of the races. So, here we go:

Without Samcro this is a big Grade 1 opportunity. Last season I was a big fan of Carter McKay but I’m now far more skeptical after his third to Getabird and Mengli Khan in the Moscow Flyer Hurdle (Grade 2) on 13 January. It wasn’t so much the ones that beat him than his run which was modest. Dortmund Park** (2/1) looks like good value and could be a lot better than the decent current form suggests. The only serious opponent is Fabulous Saga. Now this one could be a very good WP horse but he notably failed to deliver over 3m at Cork in November. He’s the main threat (Saint des Saints by Fabalina).

This race has stood up so, as previously advised, I’m with Yorkhill*** (currently evens). Simply Ned is still good value at 7/1 and exceptional as an each way option.

I’m delighted that Footpad***** (8/13) has stood his ground and, quite rightly, Petit Mouchoir (another recovering from injury) is drifting. I’m looking forward to getting a photo with my Cheltenham Festival favourite.

Now then, oh my goodness, here’s the first big challenge of the day. 20 runners as matters stand and 8/1 the field with seven currently shortening! OK, decision time. I don’t like any of the favourites up to 20/1 apart from… Tully East* (9/1). This one was 6th in the BetVictor at Cheltenham in November and has properly been highly tried. He could fly in or bomb out but I’m happy to give him another chance.

So Faugheen is declared! What do you think? Oh my goodness, this could be the best odds against ever (currently 6/4) or the worst ever. I have to declare, I didn’t think that he would make it. I’m sticking with my view expressed a couple of days ago that he won’t be the machine and I’m looking at the rest of the field for value. I’m not a big fan of Supasundae and I’m disregarding Defi du Seuil (note that this one remains entered in a number of other races notwithstanding the declaration). I’m sticking with Mick Jazz** at an excellent 12/1, including e/w for the current eight.

What a race! 29 have stood their ground and the forecast favourite is the 29th on 9st 10lb in the shape of Off You Go* (6/1), a JP horse trained by Charles Byrnes with Mark Enwright delivering (lack of) the weight. I will also be having a little wager on Bleu Berry** (16/1) for win and place.

Well, I had a try a couple of days ago and now it’s a bit easier. There are no odds on the Racing Post website yet but Patrick is riding Blackbow**** (forecast 7/2) and that will do for me.

It’s the best time of the year 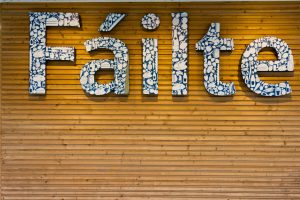 Six weeks today is the first day of the Cheltenham Festival and things are shaping up nicely. I’m looking forward to settling down and watching Racing UK’s Half Term Report later this evening but, before that, my attention is all on the inaugural Dublin Racing Festival which effectively gathers a few of the prep races and adds a few to create a bonanza of top racing including Cheltenham auditions. However, with 1.5 million euros in prize money over two days at Leopardstown, this stands in its own right as the fourth major NH festival of the season and I’m sure it will be immediately established as one of the highlights of the year.

I’m delighted to say that the flights, accommodation and tickets are booked and I can’t wait. So here is a quick glance over the entries. I’m not up to speed with trainer plans but Willie Mullins has been clear that he is a big supporter of the initiative and, for once, we’ll know about his plans for Cheltenham with several of his key players needing to prove themselves.

At this stage we just have the entries but let’s take them at face value and make a start on a shortlist.

There is every chance that the star of the weekend will make his bow in the shape of Samcro***** (1/2). I haven’t heard a bad word about him and many see him as the Cheltenham banker. There is no serious opposition and this should be a penalty kick.

This is a three way call between Min (9/4), Yorkhill (5/4) and Simply Ned (6/1). Min was rightly disqualified in his last outing, with Simply Ned being awarded the race. The point is that Min was too keen early on and therefore flat out up the home straight and that’s what caused the DQ. Simply Ned is a proper candidate for this one. The question is how Yorkhill will perform over a little over two miles. 8/12 over 3 miles in that strange Leopardstown Christmas Chase (formerly the Lexus) and beaten by Road to Respect at Fairyhouse over 2m 4f, he beat Top Notch over the same distance in the JLT at last year’s Cheltenham Festival. He’s headstrong but then so was Un de Sceaux over varying distances before settling over 2m to 2m 4f and maybe this one will follow. I’m going to disregard Min’s last performance but, even so, my choice is Yorkhill** to set himself up nicely for a crack at the Ryanair (yes, the Ryanair, here I am going again for a less obvious Cheltenham race selection!).  Closutton’s jockey selection will be interesting.

For me, this is the race of the meeting and features my current favourite horse of the season (ahead even of Samcro) in the shape of Footpad***** (8/13). I’ve sung his praises in previous posts and I think that he’s the best new chaser of at least this season and possibly several. His jumping is foot perfect and he’s got a decent turn of foot to boot. I really believe that he’s a star champion chaser in the making. Petit Mouchoir (another favourite of mine) provides the main opposition but I’ll be amazed if Footpad doesn’t take this one.

Well, this is the dilemma of the weekend. It’s all about Faugheen* (13/8). You have to take a view and no-one including WP (I genuinely believe that) knows. The hard headed view is that if a horse flops after a long injury absence he probably won’t bounce back and I have to approach the race on that basis. I could be completely wrong but, at best, I think that he won’t be the same Faugheen and could struggle to win this. I must therefore look elsewhere and I certainly won’t be with Defi du Seuil who is following the well worn path of a juvenile struggling in his next season. Melon, on the other hand and a 7-y-o, looks like a developing horse and is a serious candidate but, for value, I’ll be having a little wager on Mick Jazz* at an appealing 8/1 to follow up on his win in the Christmas meeting’s 2m highlight in which Faugheen was pulled up. Horses can’t talk and there was a reason why the machine flopped which, by all accounts, has not been identified let alone dealt with.

37 entries and another to watch for declarations and market moves. Having seen the entries I might well wait until shortly before the race and watch the market moves. If I’ve had a few drinks in the 1888 Restaurant I’ll probably support Ivanovich Gorbatov into another hole. He’s my Irish equivalent of Singlefarmpayment for others!

I tend to avoid bumpers because you have to be a serious aficionado to sort them out (and to be honest I don’t have the time). I was a little thrown by this one because it wasn’t listed in the Racing Post cards but now it’s here let’s take a look. WP has three, GE has four, JP O’B has two and Jessica has one, unraced, but another Sizing horse in the shape of Sizing Pottsie (what an odd name). Rhinestone (by Montjeu) is a former Magnier horse with AP, now with JP, and has beaten nine opponents on heavy in a minor event at Thurles last month. Carefully Selected (by Well Chosen) won on soft for WP at the Leopardstown Christmas meeting at 3/1JF and could be decent. Empire Burleque (by Cape Cross) beat a WP/Ricci favourite on heavy last February. Noel Meade’s Village Mystic has not been seen since January 16 and, before that, February 2015 and is therefore disregarded. Blackbow* (by Stowaway) won a decent bumper at Leopardstown, is with WP, and looks to me the selection as matters stand. As with an earlier race, jockey selection will be informative and I would like to see Patrick Mullins on this one.